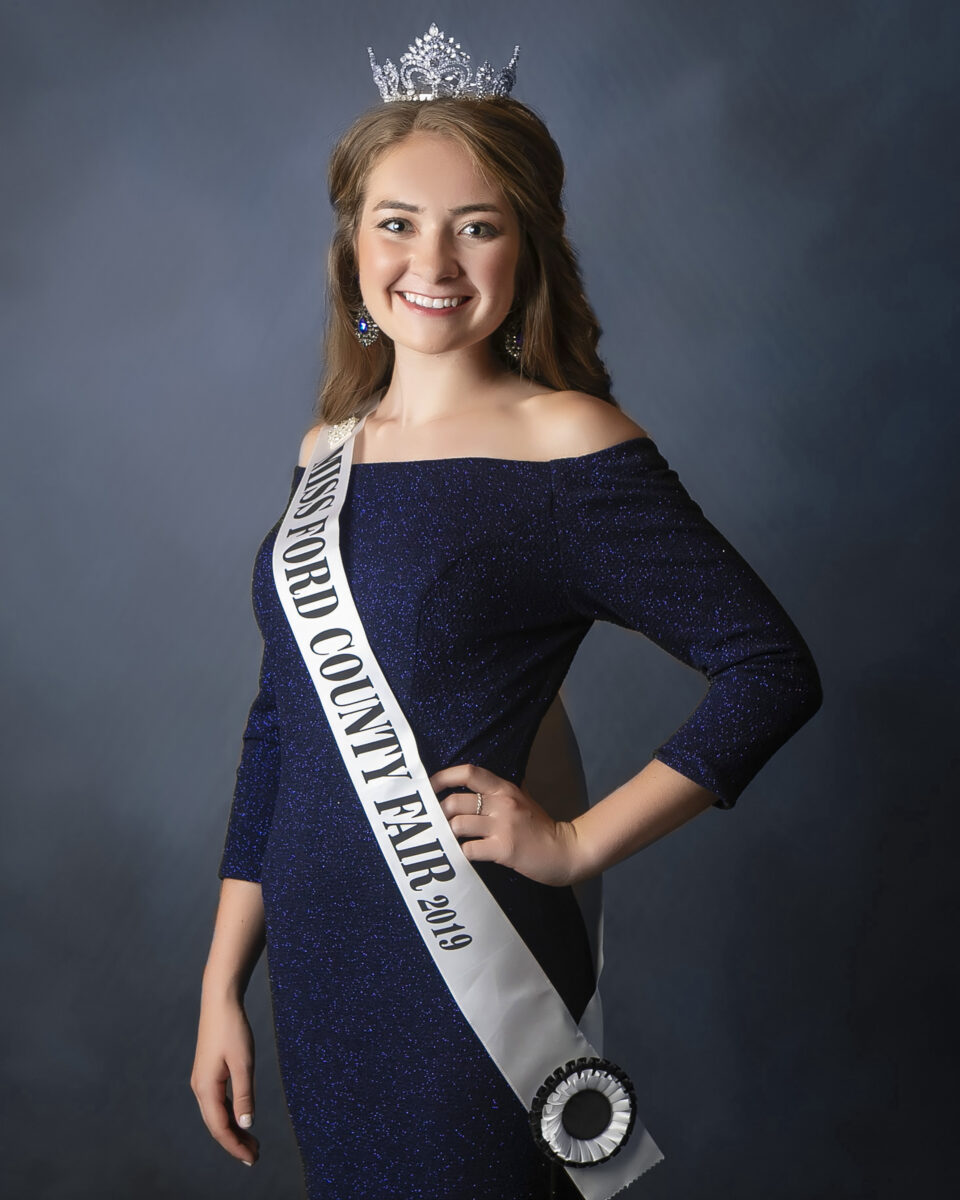 As the fair week quickly approached last year and pageant practice was underway, I sat down one night and practiced potential interview questions. One question immediately stood out, “Why do you want to be Miss Ford County Fair Queen?”. While it was pretty obvious that this was a question to prepare for, it allowed me to reflect on the true reason I was vying for this title. At first, I had thought that this pageant was a great way to gain valuable life lessons, such as public speaking and interview practice. I realized this is not the true reason I pushed myself out of my comfort zone. From the time I can remember, my mom and I had come to the county fair to see who’d be crowned Miss Ford County. I’ve always admired the poise and beauty of the fair queen and loved the way the youth of the fair, including myself, looked at the queen as she made her way around the fairgrounds. So 2019 was the year that I decided would be my year to be that role model for others.

The night of the pageant was filled with so many different emotions. Each of the contestants had worked hard together and became so close leading up to pageant night. When my fellow contestants and I walked onto the stage for the final time, we were in agreement that any of us would be a great queen. As my name was called, I couldn’t believe it. I hesitated for a couple of seconds in shock, thinking this can’t be true. Fair week was one of the most incredible weeks I have ever had. I met so many new people, had many new experiences, and it truly was the time of my life. Everything from the kiddie tractor pulls to showing goats to watching the demo derby close enough to dodge mud flying from all directions! Since being crowned, it is hard to believe that my time as queen has flown by so quickly!

It’s hard to believe my time as your queen is close to an end. It has been an honor to represent Ford County, which is and forever will be the most special place to me. I am thankful to have had the support from the community throughout my reign. Thank you to the fair board for having this life-changing opportunity available for young women. Not only have I become comfortable with public speaking and gained valuable interview experience, but to be the ambassador of the fair to promote agriculture has allowed me to grow with confidence. Words cannot describe the amount of love and support I have felt since June. Thank you, Ford County.